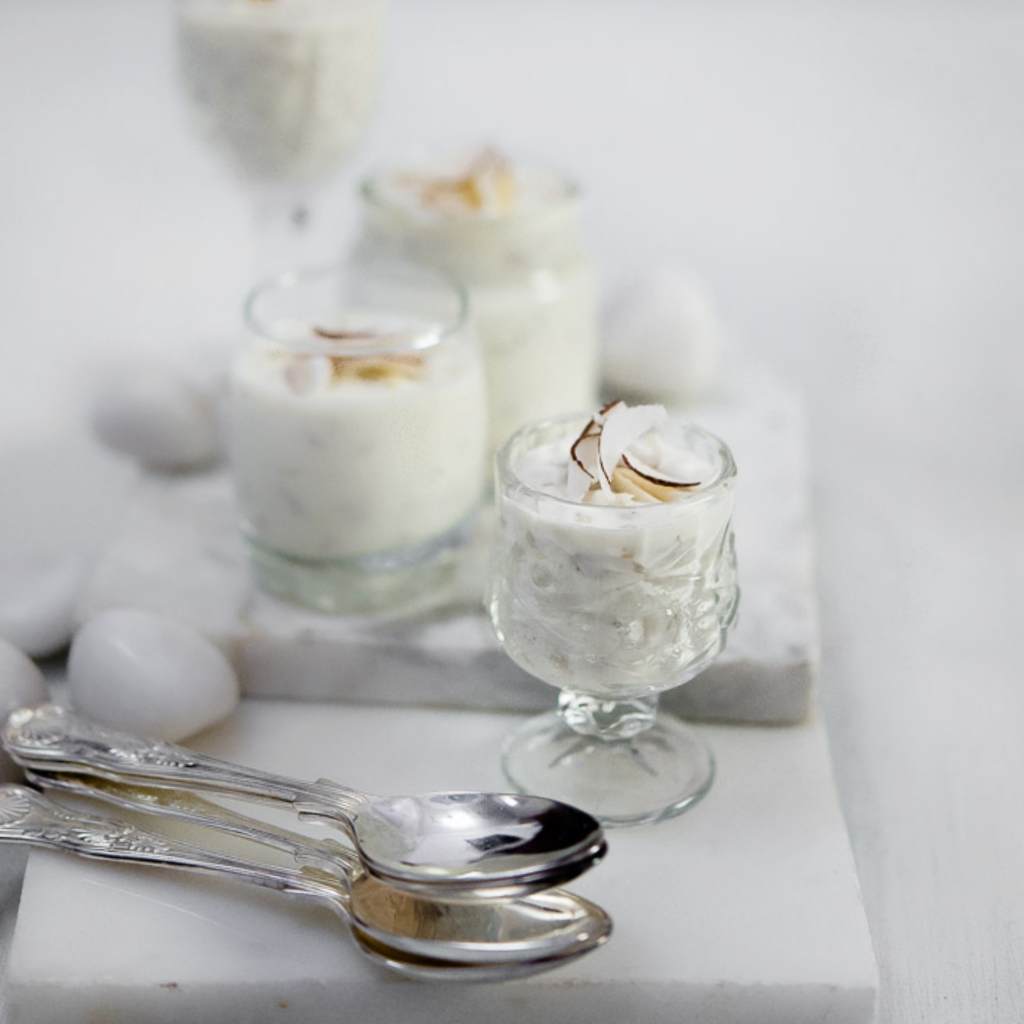 It’s hot here in Mumbai and a chilled bowl of coconut barley kheer just made my day. This is my first time with barley kheer and I just LOVE it. It reminds of Tub Tim Grob a Thai dessert, made using water chestnuts. In Thailand, they serve it in chilled coconut milk and lots of ice. At one time Tub Tim Grob use to be my favourite dessert. Chilled coconut desserts are great during summer always. 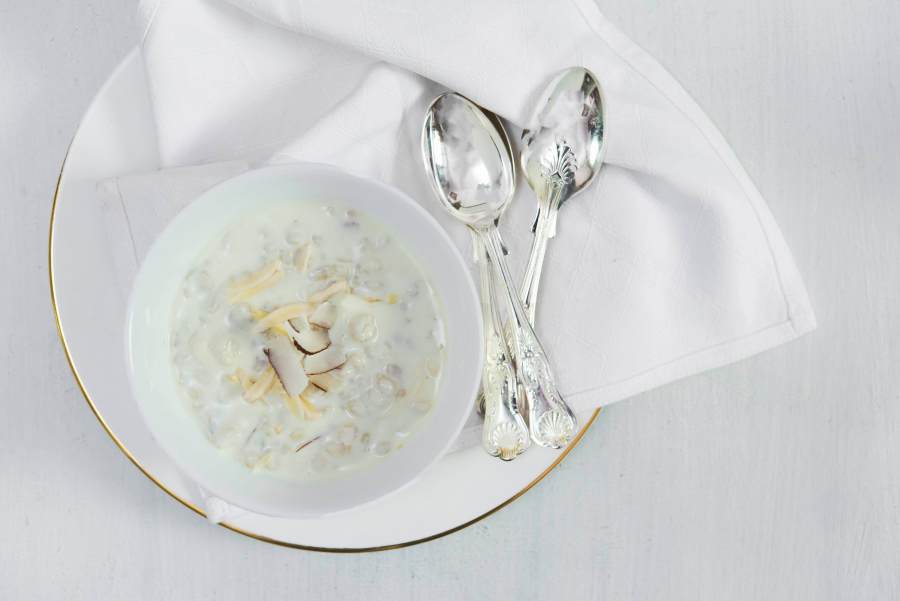 Today I have replaced rice from our traditional kheer and added barley, making it a healthier. This is also a vegan recipe, as we have replaced milk with coconut milk for making kheer. You got to give it a try because it’s different and can be served as an elegant dessert.

The barley I have used today is whole grain barley. Its a product from truefarms. Truefarm has introduced many organic grains and cereals, trying to develop a healthier lifestyle globally. Barley is a cereal grain and is quite interesting to cook. It’s high in fibre and many important minerals, vitamins and antioxidants. 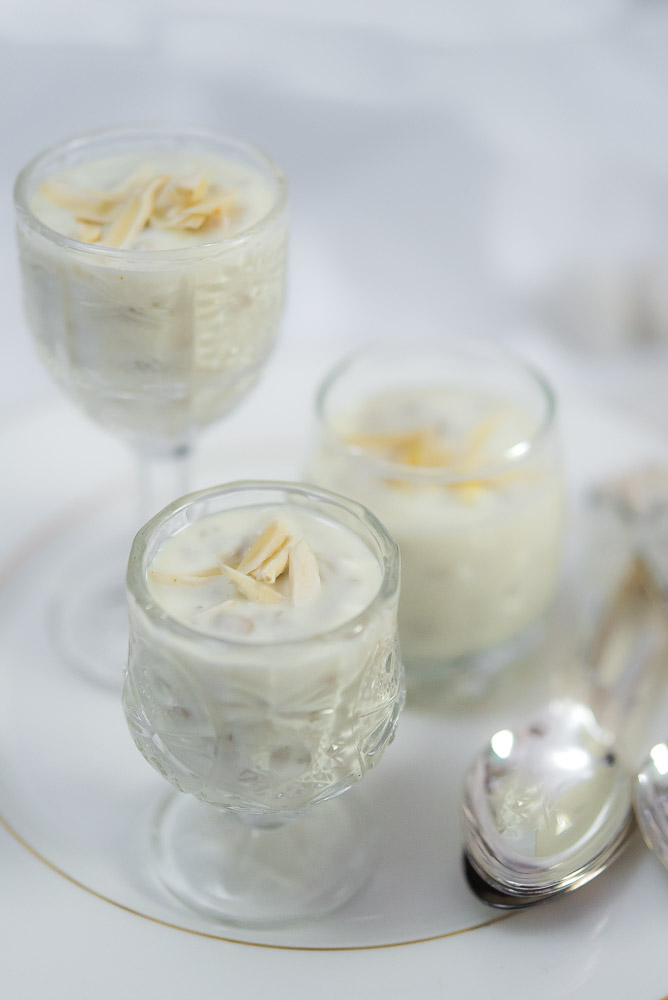 What’s interesting to know is, that the ﬁber in most of the grains, is concentrated largely in the outer bran layer. But barley is different, the ﬁber is found throughout the whole grain, which makes it more beneficial for our body.

There are two types of barley we get to see in the market mostly.

Hulled barley, which is the whole grain form of barley, with only the outermost hull removed. Chewy and rich in fibre, it’s the healthiest kind of barley. However, it takes a little longer to cook in comparison to the pearl barley.

Pearl barley is kind of polished barley. It’s still chewy and nutritious, but because the outer husk and bran layers have been removed, the fibre and nutrition are lower when compared to whole grain barley. 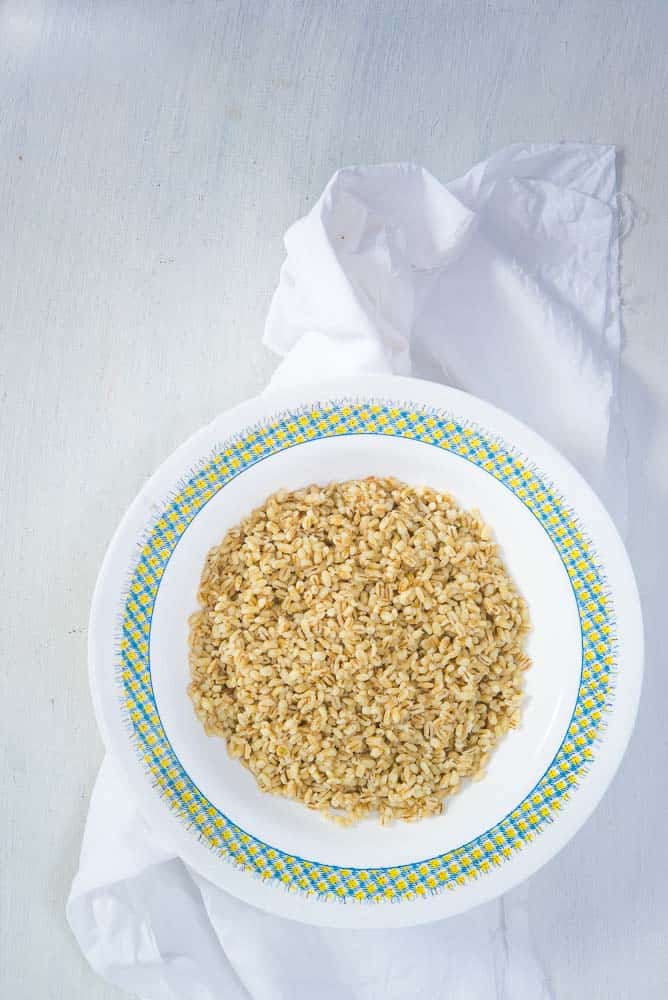 I have to take you through some points before we go ahead with the recipe:

You will need to boil barley before you add it to the coconut milk. You will never be able to cook in the milk, unlike Kheer.

The process of boiling barley:

To prepare whole grain barley, it must be soaked for a couple of hours to reduce the cooking time and achieve optimal flavour and texture.

After soaking the barley in twice its amount of water, it should be drained and rinsed again before cooking.

To cook barley, add 1 cup of the barley to 3 cups of water and bring it to a boil, then reduce the heat and let the barley simmer for about 45 minutes.

You may need to test the barley every 5 minutes or so, near the end of the cooking process until it reaches your desired results.

Turn off the heat. Allow the barley to sit for 15 minutes without stirring so that it can continue absorbing any excess water.

If there’s still excess after letting the barley sit, you may need to drain the water away.

The same cooking process can be applied to pearled barley, minus the soaking step. 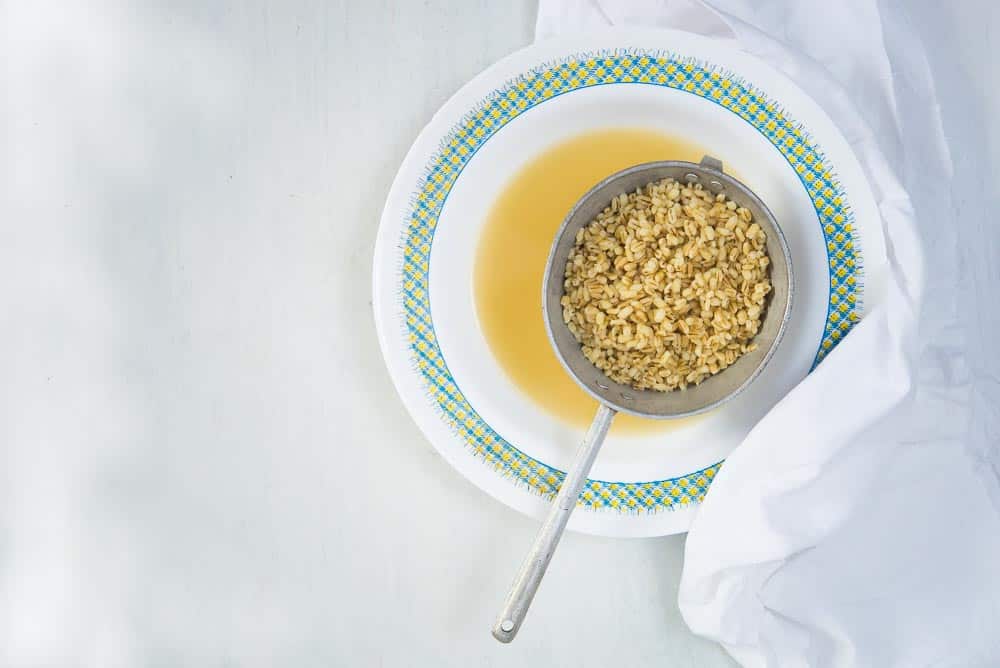 You can replace sugar in the recipe with organic jaggery too and make it more healthy.

Please use a heavy bottomed cooking pan to cook the kheer.

Serve it chilled and you might feel that the kheer is thickened more after being in the fridge, just add a couple of spoons of coconut cream and mix well, till you find the right consistency. 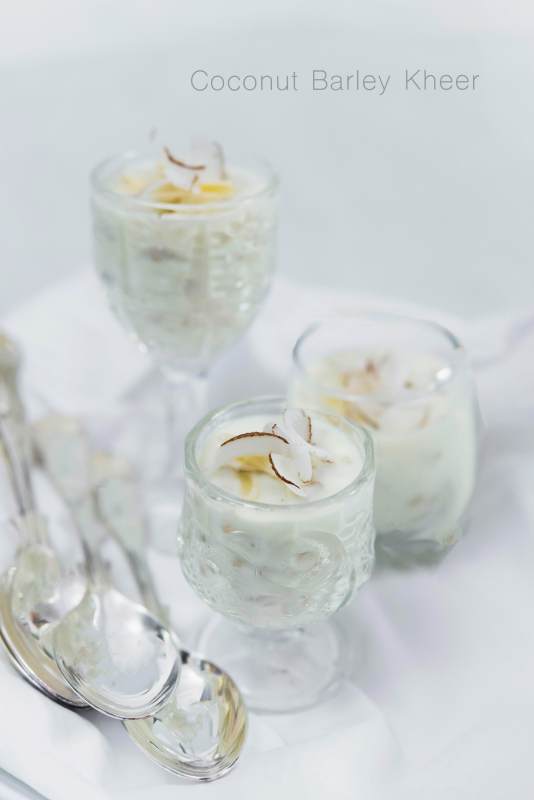 Keep stirring at regular intervals and as you see, you are closer to the consistency needed to add sugar and cook more for a couple of minutes.

Once the kheer comes to room temperature after cooking time, add the coconut cream and mix well.

Once done keep in the fridge and decorate with balanced almonds and coconut flakes. 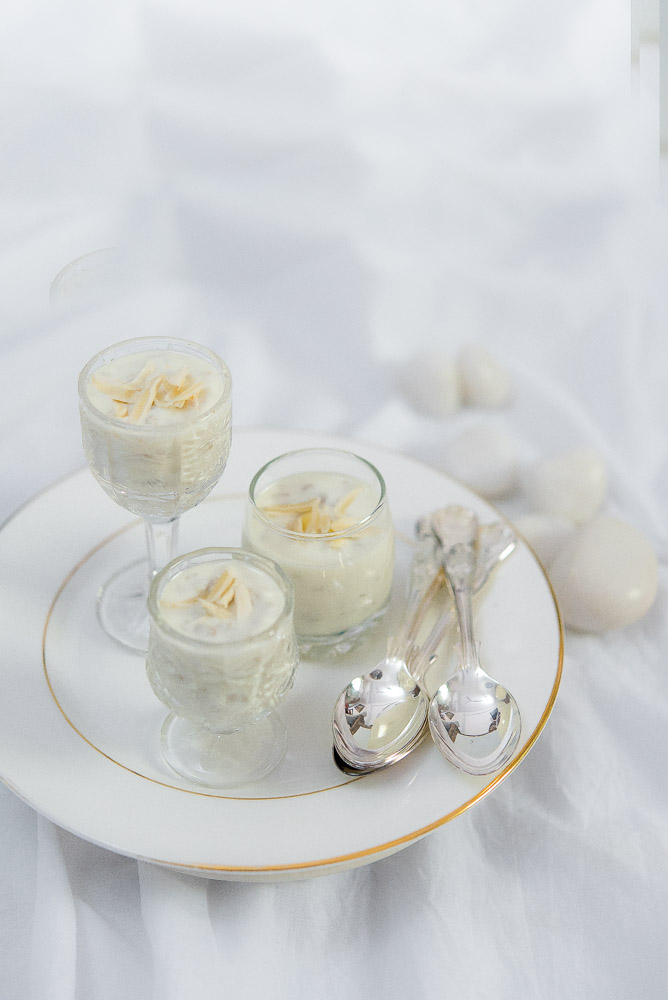