There is this, a classy looking little candy store at Pedder Road with the name of Nordic Kandie. If you enter in, it’s like a sophisticated candy heaven. The well crafted little marzipan candies are an exclusive gourmet excursion.  I rather call visiting the store an experience.

The marzipan used for making the gorgeous candied is a made with finest ingredients. Flavoured marzipan is coated with Belgian couverture. A particulate collection in the store has pure edible gold and silver coating that is TÜV certified and specially imported from an Italian factory that has been supplying gold to European royalty since 1820. 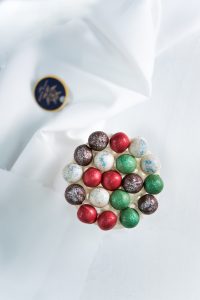 I happened to meet Thomas Abraham & Thea Tammeleht last week, a couple who run Nordic Kendie together. A sixth-generation marzipan maker, whose family hails from the Hanseatic town of Reval, in Scandinavia where marzipan is known to have been invented, back in the 15th century. 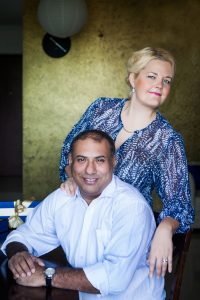 Thea has been in Mumbai for last 6 years and now she is learned the tricks to be a  Mumbaikar. She says, I have found my peace now, I have learned to tackle the traffic too. Thomas and Thea have so many stories from the birth of marzipan in their family, to the passing of the authentic recipe from one generation to another, making a brand and most interesting stories are of settling in Mumbai with the family.

The flavours they are coming up with this Christmas season in their marzipan candy collection are absolutely yumlicious. It’s a must have experience. There are cardamom, Apple cinnamon, Gingerbread flavoured marzipan, Orange cardamom, salted caramel and very interesting and gorgeous peanut butter cups.

I suggest; slow down and bite into a candy and let it work on your taste buds. They also keep a paper in some of the chocolate coated marzipan boxes, mentioning how to eat and experience the real joy of Nordic Kendie. 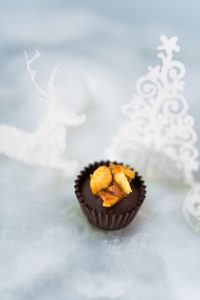 The Story- Back in those days over 200 towns across Europe were controlled by the German Hanse and thus the name Hanseatic. Once a member of the royal family was unwell and called for the pharmacist. The head of the pharmacy Johann was also unwell and the task was passed on to his young apprentice Mart. In ancient Europe in order to avoid poisoning, it was required that the pharmacist consume the medicine in front of his royal patient before administering it. So Mart the apprentice who had to consume the tasteless medicine decided to make it tasty by adding some ground almonds and sugar.

This tasty medicine cured Mart’s royal patient, who decided to call the delicacy Mart’s bread or Mardileib (Estonian). In Latin bread is known as ‘Pane’ while in French it is ‘le pain’ and thus this royal delicacy began to be known as Mart’s pane and over the centuries as marzipan in English.

Six years back when Nordic Kendie was born and became an exclusive brand in Mumbai, people suggested changing the recipe so it suits more to the Indian palate. To increase the sugar content and add more Indianess to the flavours.  Thomas and Thea had a very clear thought that the legacy had to be carried the way it was. They always believed that it’s a great recipe and people will eventually like it and will develop a taste for it.

That is what has happened now. The box is a part of Karan Johar’s gift hamper on Koffee with Karan. Many ultra HNI’s  have become regular costumers to the store. The other day, Katrina Kaif walked into the store and a new boy who works there as a help froze for a couple of seconds.

I beleive, Nordic’s range of marzipan delicacies is for a discerning audience who appreciates an exclusive gourmet experience. 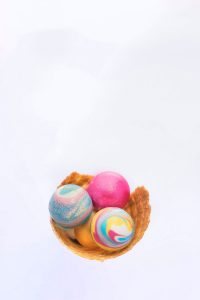 The couple is passionate about creating and sharing her marzipan delicacies. Nordic Kandie marzipan is made in a European standards factory, with the highest levels of quality and is also FSSAI licensed for India. The artisan marzipan is made from the finest Mamra almonds from Iran, wrapped in Belgian chocolate and covered with pure edible gold from Florence in Italy (this factory that has been producing edible gold for royal families across Europe since 1820).

You all have a nice day, and I recommend visiting Nordic kendie this Christmas season for an incredible experience.